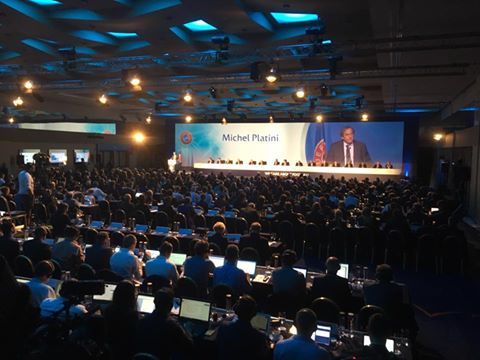 The election for the next President of the UEFA who will replace Michel Platini will take place on September 14 in Athens.

Media can apply for accreditation until 7 September 12.00 CET.

The 12th Extraordinary UEFA Congress will take place on Wednesday 14 September 2016 at the Grand Resort Lagonissi Hotel in Athens, Greece.
The event will start at 10.00 CET and will be followed by a press conference at the same location.
Following the Congress, the UEFA Executive Committee will meet
on Thursday 15 September at the Astir Palace Resort in Athens.

INA TV is offering the following facilities for TV broadcasters: