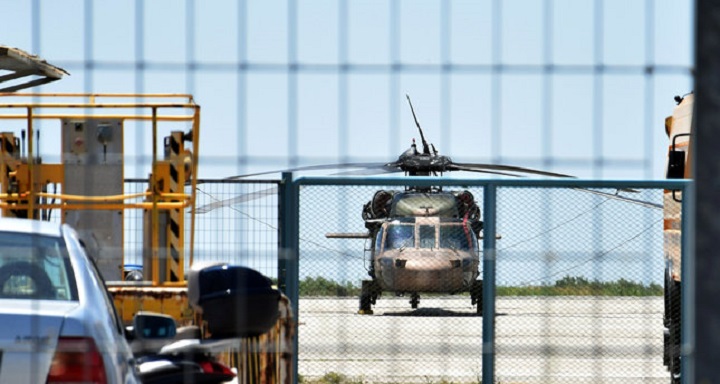 The eight, who have claimed asylum in Greece, arrived by military helicopter on Saturday after sending a distress signal to authorities at the airport in northern Alexandroupolis.